Just released: Book “Zurück in Kabul ” (Back in Kabul) 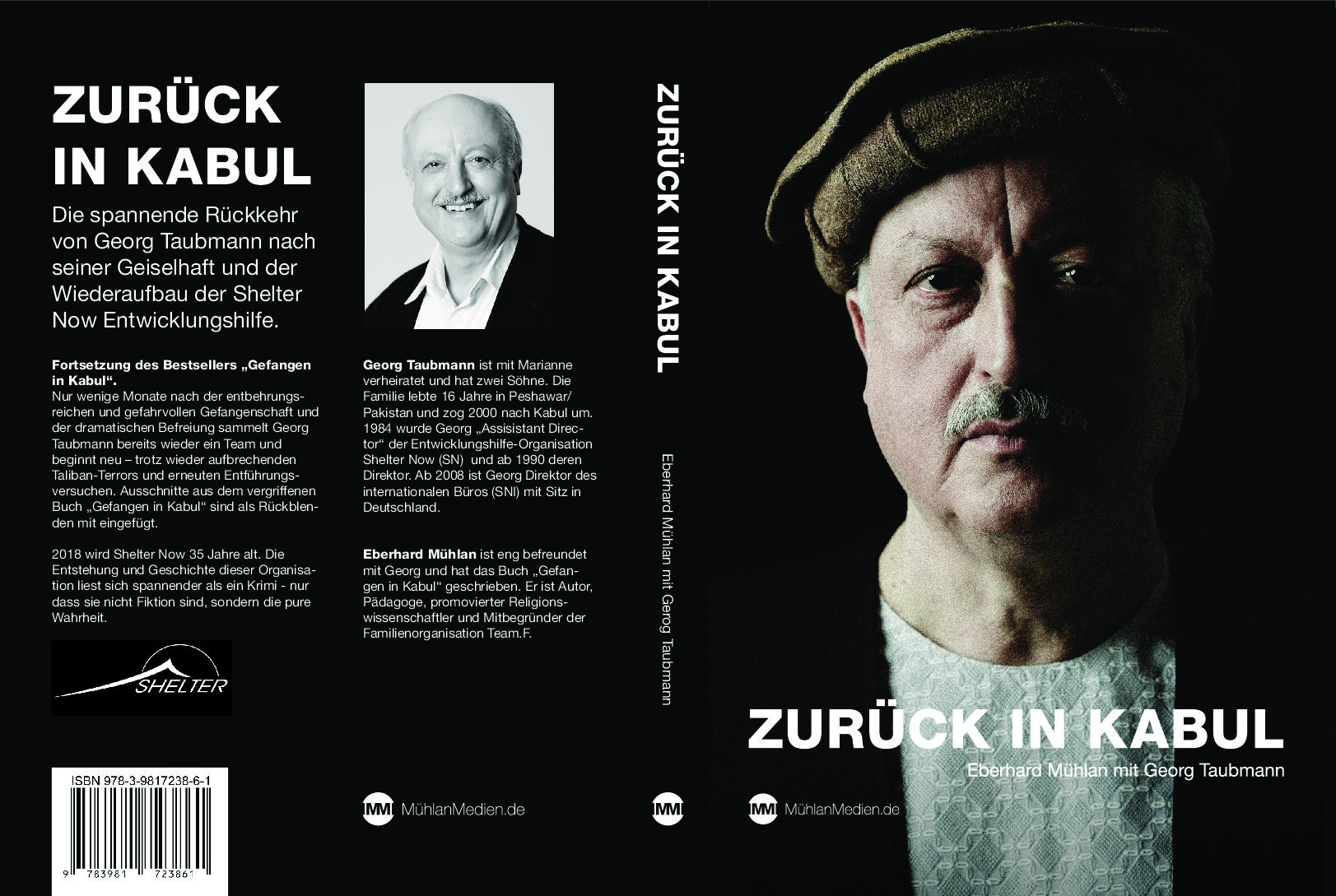 ZURÜCK IN KABUL (Back in Kabul)

Only a few months after the deprivation-rich and dangerous captivity and the dramatic liberation, Georg Taubmann already gathered a team again and began anew – despite renewed Taliban terror and renewed kidnapping attempts. Excerpts from the out-of-print book “Gefangen in Kabul” are included as flashbacks.

Continuation of the bestseller “Captured in Kabul

Thousands have eagerly read about the more than quarterly imprisonment of the eight Shelter Now International development workers in the book “Captured in Kabul”. The Taliban regime held them hostage during the attacks by al-Qaida terrorists on the World Trade Center in New York on September 11, 2001. Their dramatic liberation by American special forces from the clutches of the Taliban was extremely risky.

Shelter Now will be 35 years old in 2018. The origins and history of this organization reads more excitingly than a crime novel – only that they are not fiction, but pure truth.