Yazidis return to their homeland 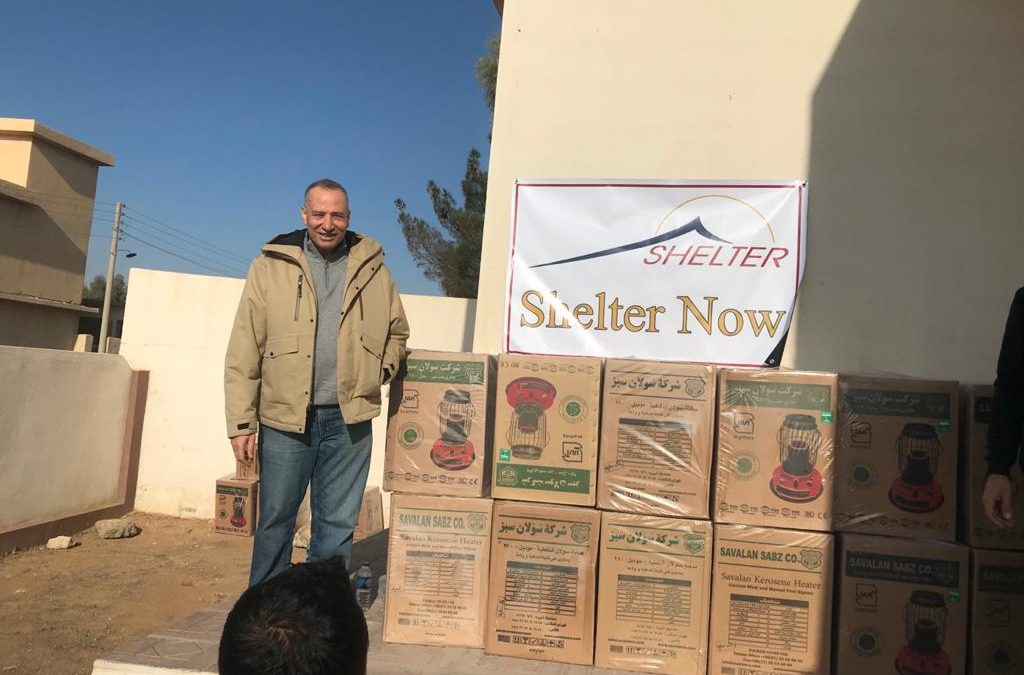 In 2014, they were driven out of Shingal (also: “Sinjar”) by IS and many of them were murdered, others were kidnapped as slaves. They belong to the Yazidi people (their proper name is: Ezidy or Esiden). The Esids have counted: The IS attack was the 74th genocide in the history of this people. Now more and more of them are returning to the place of horror. They find their houses destroyed or partially destroyed and robbed, have to completely rebuild their existence. But first they have to survive the winter. We help them with that. A few days ago, our employees distributed small heaters (photo) to about 1,000 families to protect people from freezing to death.

Of course, the returnees need more already for this winter. But to do that, we need to get more funds. At the moment, we can only distribute the most basic necessities.

Before their expulsion, many Esids lived rurally and kept domestic animals. We would like to get them animals to breed. We already started an experiment three years ago with chickens and geese in small Esiden camps. Later we would like to give them sheep. We successfully carried out similar projects in Afghanistan years ago.

Update January 12:More families arrived in Shingal. In the meantime, we have distributed heaters to 1,450 families.

Enable us with your donation to support the Esiden with further projects.