Shelter Now, the Christian Relief & Development Organization for Refugees and People in Need!

The English word “shelter” stands for the nature of our organisation: As a Christian charity we are providing food and drink to the poorest and a roof over their heads and thus a shelter. We have been providing humanitarian aid in Afghanistan and Pakistan for 38 years: emergency aid for war refugees and victims of natural disasters, reconstruction in Afghanistan and long-term development projects. The work in Pakistan has been ended for the time being since 2015. Instead, we have started aid projects for refugees in Northern Iraq, Kurdistan and partner with local organisations in Uzbekistan and Togo. 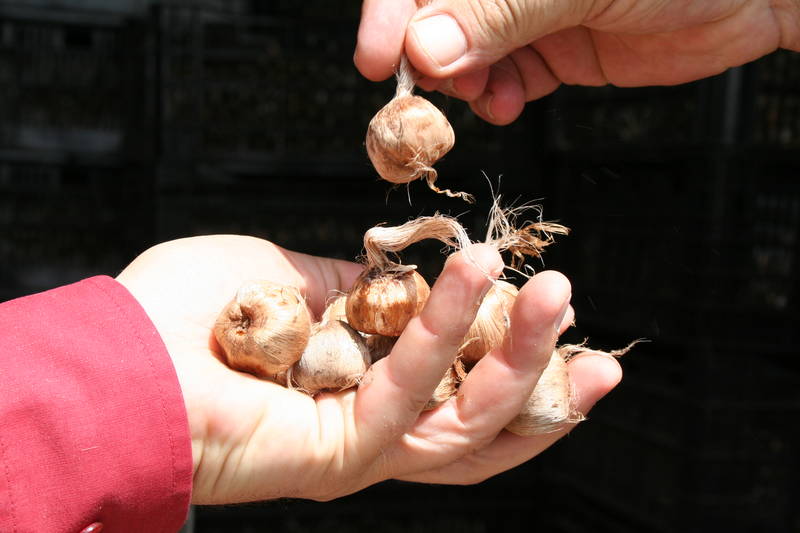 The film gives an overview of Shelter Now’s humanitarian work since the early 1980s.

History & Philosophie – For the People in Afghanistan, Pakistan, Kurdistan and Uzbekistan

In the early 1980s, a humanitarian catastrophe was looming in Central Asia. After the invasion of Afghanistan by Soviet troops more than three million people fled to Pakistan. They squatted there in huge refugee camps. These images went around the world and moved a small group of committed Christians from different countries to such an extent that they decided to found an aid organisation for the refugees: Shelter Now. The founder was Douglas Layton. From 1984 Georg Taubmann was Assistant Director and from 1990 the Director of the whole work.

The name “Shelter” – or “refuge” – also testifies to the philosophy of the international aid organisation: Christian charity also means giving the poorest of the poor food and drink and a roof over their heads. In the meantime, Shelter Now can look back on more than 38 years of humanitarian work: from emergency aid for war refugees and disaster victims to long-term development projects.

Development work in Islamic countries is a special challenge for a Christian organisation. Due to our many years of experience, Shelter Now is very familiar with the cultures of the countries we work in. This is why we can implement projects with the necessary sensitivity. Shelter Now sees itself as a Christian humanitarian aid organisation. The employees treat the people with respect and work together with them in partnership for a better future.

The Work on Site - Humanitarian Work according to the Need

Shelter Now was founded in the early eighties. At that time, the invasion of Soviet troops in Afghanistan caused the largest refugee movement in the world. Several million Afghan refugees lived in the region of the border city of Peshawar in Pakistan. Shelter Now was registered as an international relief organisation in 1983 and worked in refugee camps distributing food, drinking water, milk and other relief supplies to many thousands of families, running soup kitchens, building emergency shelters, houses for widows and orphans, constructing schools and basic health units for them.

This work continued for many years until Afghanistan’s liberation from the Taliban regime in 2001. Until then war and oppression led to repeated streams of refugees fleeing to Pakistan.

Afghanistan: Help for the Returned Refugees

Shelter Now has been working in Afghanistan since 1988 and has been officially registered there by the changing governments since 1992. The relief organisation built several concrete factories which mainly produced roofing material for the reconstruction of residential buildings. So that also a normal family can build itself a house, the material is delivered particularly low-priced, sometimes also free of charge. In these years other important projects of Shelter Now were repairing the destroyed irrigation systems, building schools, establishing a centre for the street children of Kabul and providing extensive relief aid to the poor and vulnerable people.

In 2001, twenty-four Shelter Now employees, including eight foreigners were imprisoned by the Taliban. They were accused of using their humanitarian aid to convert people. The arrest soon turned out to be a hostage-taking by the Taliban regime. After the attack on the World Trade Centre on September 11 the Taliban offered the hostages to be released if the U.S. would not attack them. In November all local employees were freed and the eight foreigners were escaped in a dramatic rescue operation.

Since summer 2002 Shelter Now has helped to rebuilt thousands of houses and several schools for returning refugees, established agricultural and medical projects including three dental clinics, started a vocational training programme, assisted handicapped persons (Deaf Centre), supplied livestock to the poor and has provided extensive emergency relief in up to eight provinces of Afghanistan.

Pakistan: Emergency Aid and Rebuilding after Earthquake and Historic Flood

After the great earthquake disaster in northern Pakistan on 8th October 2005 Shelter Now distributed winter relief to 12 500 families with tents and temporary shelters made of wood and corrugated iron, provided mattresses, warm quilts, stoves and floor tarpaulins. In this way Shelter Now was able to help more than 75 000 people through the winter. In a tent village our organisation provided more than10 000 homeless people with a daily warm meal in winter 2005/2006.

The great flood in summer 2010 made hundreds of thousands of people homeless. We were also involved in the affected areas with these urgently needed projects: providing daily hot meals for up to 4 000 people, cooking and kitchen utensils for thousands of families, water purification equipment, clothing, reconstruction of flood-proof houses, home utensils and more.

Since autumn 2014 we have been supporting people who have fled from the terrorist militias of the “Islamic State” to the Autonomous Region of Kurdistan in Northern Iraq. We provide them with food, hygiene products, heaters, blankets and other essential items. In one of the refugee camp we have a children centre and recently we opened a centre for traumatised women.

Since 2020 we are assisting deaf people in Central Asia, providing them with food, clothing and other necessities.

Since 2019 we partner with a local organisation to build wells in rural areas. 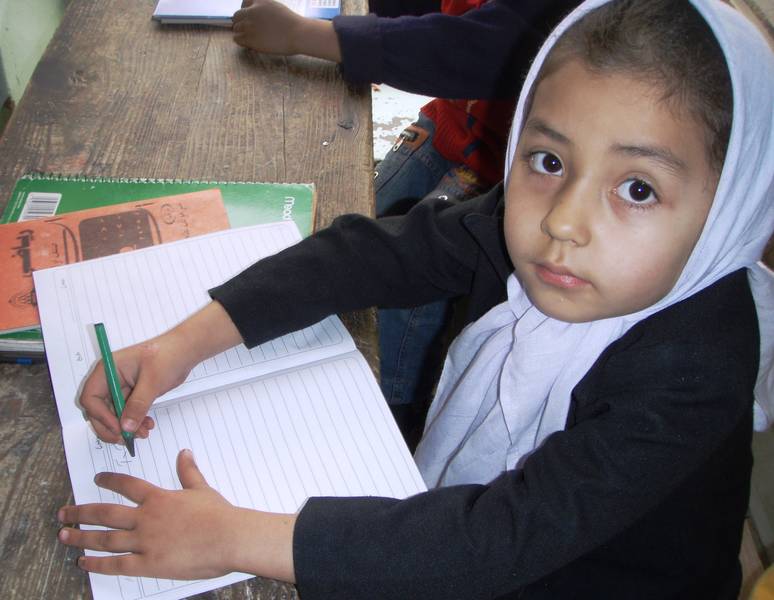 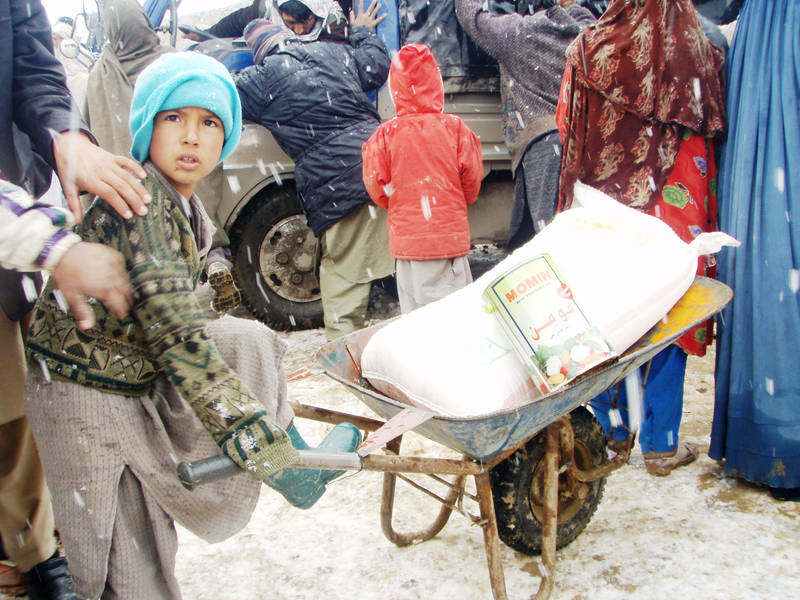 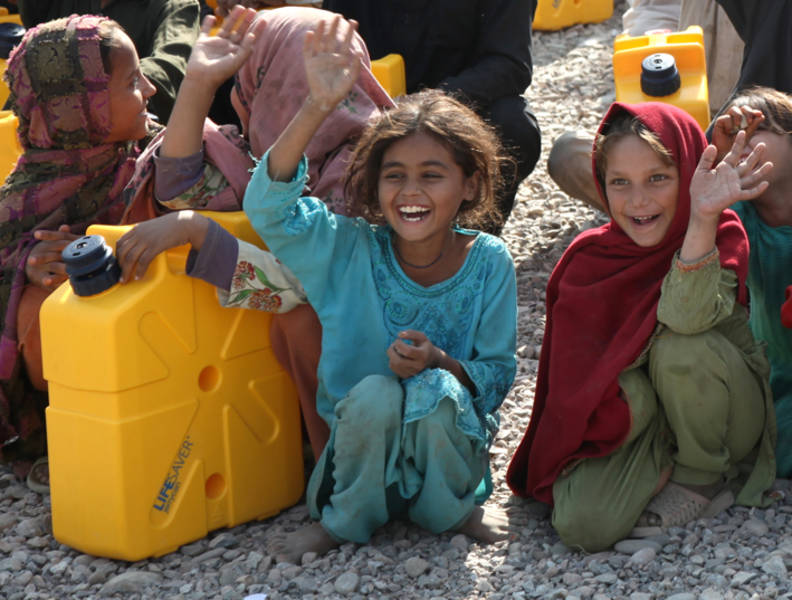