Chickens and geese for IS refugees in Kurdistan 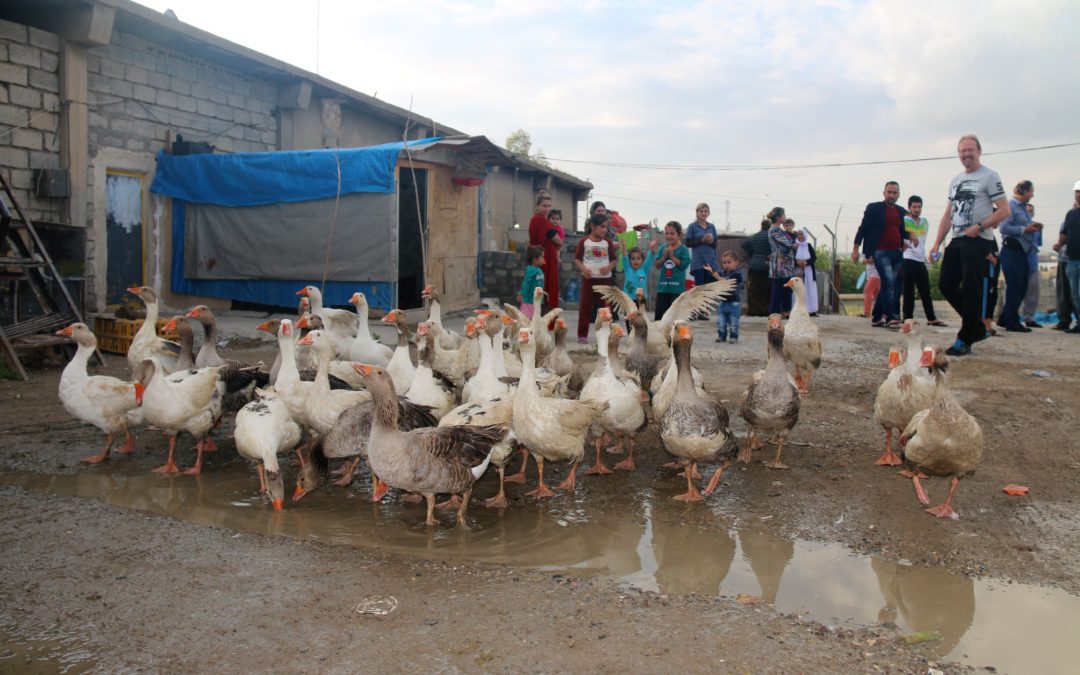 Great joy among the Eskid Kurdish refugees: Each family gets six chickens and as many geese, one male and five female animals each.

Udo Stolte and his intern Anthony van den Assem from the Shelter office in Braunschweig are right in the middle of it all, also helping out when the poultry (under loud protest from the geese) is brought into the stables by the mini truck. Some chickens have – probably out of excitement, perhaps out of pure joy – already laid a few eggs during transport.

The goal is obviously the reproduction of the animals. The chickens should primarily serve to provide the refugees with eggs, the geese with meat. Through later sale of surplus offspring, the geese should bring in additional money. The Esiden have experience in keeping animals, their home, the Shingal (Sindschar) mountains, is rural.

Since 2015 we have been working with Esids who live outside the large camps because they have to fear reprisals from extremist Muslims there. So they set up their camps in small associations of five to ten families, mostly in the outskirts of the city of Suleymaniya, where the respective landowner allows them. The disadvantage is that they do not receive UN food rations there.

However, this disadvantage gives them an advantage in this project: they can keep poultry in their small camps. For this purpose, they have fenced in appropriate areas for outdoor keeping. During the day, the gates are opened so that chickens and geese in the surrounding area can eat grass.

We are excited to see how this project will develop.